Words from our President

Ask not what your club can do for you but what you can do for your club.
I’m big on teamwork- from my home where my wife and I raise our 4 Kids as a team through to any teams I coach and, in our committee, who work as a team to perform club operations. I hope that all our members feel part of one giant big team that we call the Bribie Tigers. I also love a cliché if you can’t already tell so here’s one to finish with. Success is a journey, not a destination. See you all out there. 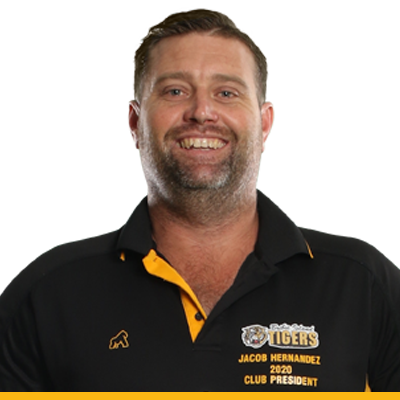 Jacob has been a dedicated member of the Club for a number of years, having started out as a coach before being elected to the role of Director of Football and subsequently Club President in 2019.  He not only has a love and passion for the game but also for the Club and all it stands for, this is reflected in his achievements throughout his time with the Club.

Jacob spends a vast amount of time across all areas of running a successful club including coaching one of our junior girls teams, but also raising his family and attempting to live a normal life which is not always easy.  His efforts have been recognised within the Club, Sunshine Coast Football and the community where he has received a number of awards reflecting his community involvement. 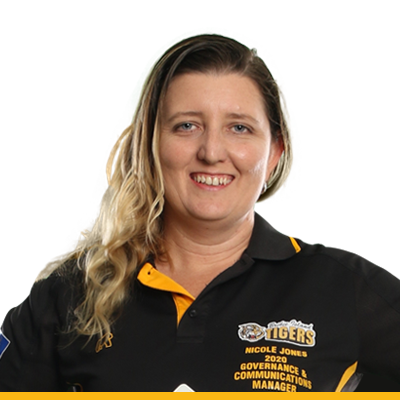 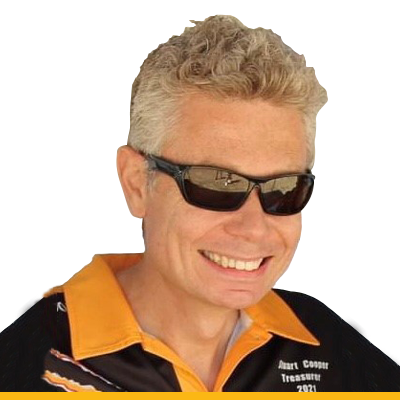 Stu is passionate about the success of the Club in every way, demonstrated by his ongoing involvement despite having relocated up into the Sunshine Coast.  In his non Club working life, Stu is a GP.  He is married to Lizzie, the Club’s unofficial photographer and they have 3 kids, two of whom have previously played for the Club, one of whom who can be found as the Club’s canteen mini barista at some events.

Fran joined the Tigers Committee in 2021, initially as Governance & Communications Manager and subsequently as Club Secretary.

Fran’s passion & enjoyment for the game derives from his time playing football from the age of 7 in his country of birth, Wales in the United Kingdom.

Fran joined the club in 2019  as a Miniroos Coach & Senior Men’s team player.

Fran’s aim is on developing & maintaining an inclusive and supportive football club community.

Fran recalls & recognises how important and influential a football coach can be for a young player.  Fran states he will always remember his experiences of his very 1st coaches and the positive influence they had on his life.

Fran hopes he can leave a lasting legacy as a community club coach and committee member. 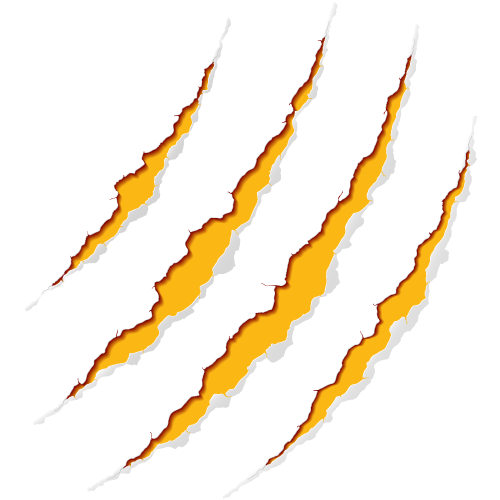 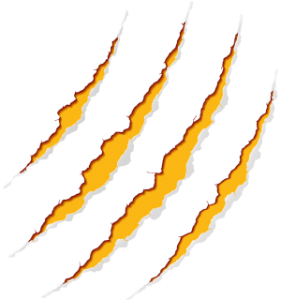 Seeking a coach for our Division 3 Woman’s team.